“Office workers screamed at the Western Costume Co. yesterday while three men fought a running sword battle in its Hollywood hallways. Two men were stabbed and a third jailed after the melee.” 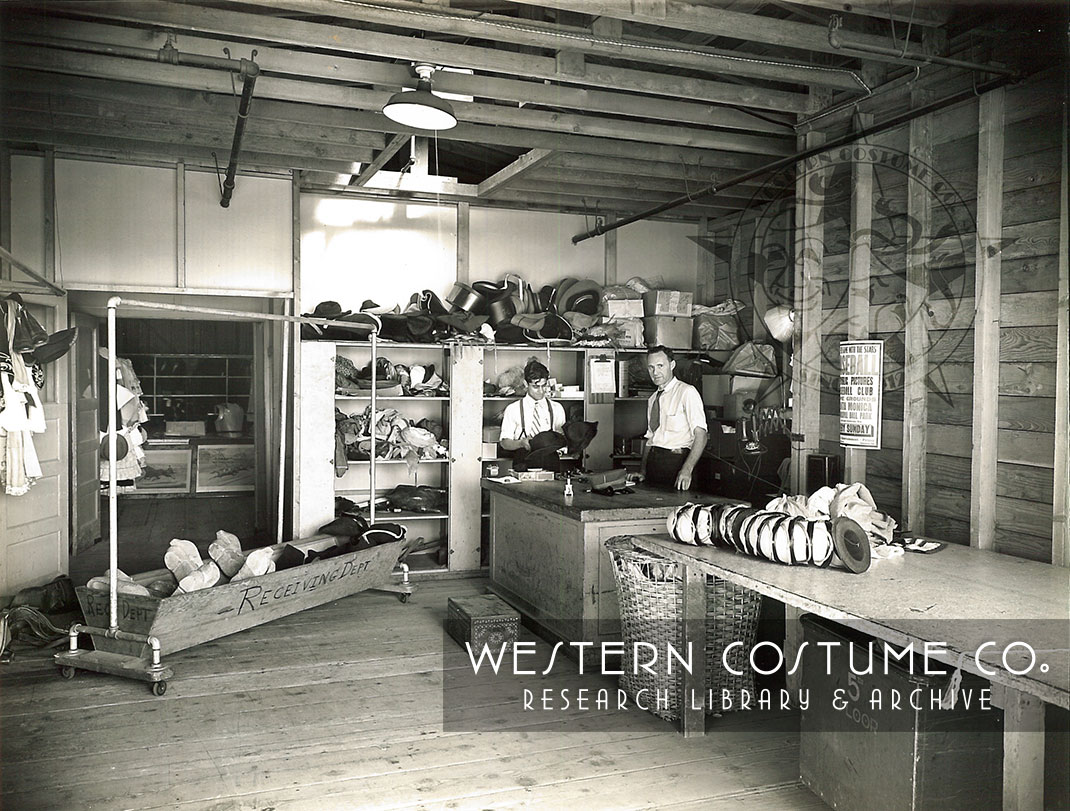 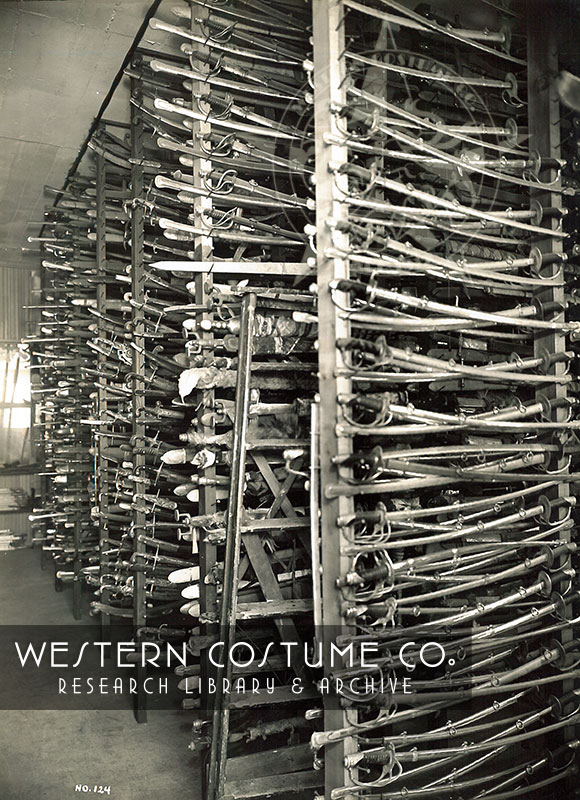 1935 photo of the 4th floor sword room at Western Costume.

Thus begins a dramatic 1949 article in the Los Angeles Times. Evidently, a custodian got into a heated argument about his paycheck with a representative from the union, Malbert Caplan. The argument escalated, and Western “unwittingly provided two Civil War swords for the furious fight” when the custodian, Richard Jones, grabbed one from a desk in the receiving department and chased after Caplan. A bystander managed to briefly detain Jones, “but received superficial cuts when Jones wrenched free.” Jones caught up to Caplan and stabbed him in the kidney area of his back. “Caplan grabbed the sword in his hands,” the article details, “but the blade cut to his tendons.”

Caplan found safety in an office and waited for the police. He “was taken to Cedars of Lebanon Hospital after emergency treatment at Hollywood Receiving Hospital. Jones was booked at Hollywood Jail on suspicion of assault with a deadly weapon.”

Interestingly, Caplan went on to run the MGM costume department from 1951-1969, and in 1965, he gave Eddie Marks, the current president of Western Costume, his first job.